Do I really need income protection?

We recently published an article detailing all the facts you need to know about Income Protection plans, how they are priced, and how they work. You might be thinking, with the type of job you have, and they money you earn, is Income Protection really for you?

He has two small children and a wife who also works. Rob and his wife can afford their mortgage and bills each month, with a little left over for leisure and £50 to go into savings. He and his wife currently have a joint savings account with £3000 in it.

Unfortunately, while at work one day, Rob is in a car crash and breaks his right leg in three places. He has to have surgery to attach an external frame to his leg until his fractures are healed. Rob’s leg won’t heal fully for five months.

Rob’s family can continue paying their mortgage and bills with his wives wages and their savings. His company does not have a sickness policy in place so Rob receives only statutory sick pay, at £87.55 a week. This is a massive drop in wages for Rob, and after two months, things start to get really tough.

Luckily, Rob had taken out a Simple Income Protection plan with Shepherds Friendly. For around £13.70 per month, Rob made sure that a proportion of his income was protected should something ever happened to him which stopped him from working. He chose a  level of benefit which was suited to his needs. Rob knew he would be able to afford his outgoings for with his wives wages, his savings and statutory sick pay for three months. For his plan, he chose a deferred period of 13 weeks and instead of thinking “I’ll be fine in three months so I won’t need insurance” Rob took practical measures to protect himself and his family.

Rob will receive his statutory sick pay and chose to protect 50% of his wage until his is well enough to go back to work, or until he retires. This means he will have enough money to support his family until he goes back to work. Without Shepherds Friendly Simple Income Protection, it would have been a very different story.

Sarah is 24 years old and lives in a house share with two friends in Newcastle. She currently works in a call centre and earns £1,100 a month. She lives a long way from her family and really loves living in Newcastle and her job.

One morning, Sarah finds it hard to wake up and becomes very drowsy. She gets a really bad headache and a stiff neck. Her roommate takes her to A&E, and it turns out she has Bacterial Meningitis. Sarah is very sick for a while. She has to stay in hospital for three weeks, and her parents come and stay with her to help support her recovery.

They ask her to come home with them after she is discharged, but she would like to stay in Newcastle in her own house. Even though she is an adult, Sarah’s parents are very worried about how she is going to be able to afford to live without them and just on statutory sick pay.

Just like our previous example, Sarah had taken out a Simple Income Protection plan from Shepherds Friendly when she first started her job, when she was 22 years old. When she was promoted to manager this year, she remembered to update her plan to ensure if she was ever ill or in an accident she would get 70% of her new wage.

Sarah chose a deferred period of two weeks, so her parents arranged for her to receive her Income Protection payments even while she was still in hospital. By paying just £14.78 a month, Sarah made sure she could continue to live independently in Newcastle. Thanks to her Shepherds Friendly Simple Income Protection plan, Sarah received £770 a month until she was able to go back to work.  It was a long road to her full recovery, but Sarah had the continued peace of mind that she would not lose her house, that she could pay her bills and afford to look after herself even though she was not working.

Mary is 57 years old, works as a carer and earns £15,000 a year. She lives on her own and she has two grown up children, with their own families. She has nearly paid off her mortgage and earns enough money to cover the last few mortgage payments she has, and her bills. The only savings she has is her pension.

Mary feels a pain in her chest and goes to see her GP. She refers Mary for tests, and sadly, it turns out that Mary has cancer. Mary knows she can no longer work, and the doctor tells her they need to get treatment started as soon as possible.

Mary is worried about her mortgage payments and the upkeep of her house during her stay in the hospital. When she gets better, she would like to go back to her house and she prefers not to live with one of her children, or move into sheltered accommodation in a few years time.

Mary remembered she took out a Shepherds Friendly Simple Income Protection plan when she was 54 years old, and that she had been paying £65 per month. She asked her son to dig out the paperwork, which he did, and she attempted to claim on the plan.

Back in 2009, Mary had some problems with her back. She was in severe pain and had to stay off work for five weeks. When applying for income protection, she was given an exclusion based on her back. This meant that, if she was off work due to problems with her back, she could not claim any money. As Mary now has cancer, this made no difference to her money and she was able to claim and received 75% of her income every month.

Unfortunately, Mary did not get well enough to work again until she retired. As she had been paying into a Shepherds Friendly Income Protection plan for years before she got ill, Mary was able to claim on her policy every month until she retired.

No matter what your wage we can consider you for a plan, and we also consider most occupations. Unexpected things can happen all the time and you owe it to yourself and your family to make sure you are all protected if you were unable to work. Income Protection should be an important part of everyone’s finances, and it can save you time and heartache as well as money in the long run.

Find out more about the benefits we offer from Our Partnership with Nuffield Health.

Shepherds Friendly Society would like to clarify all people mentioned in this article are fictional, and any similarity to any persons past or present  is purely coincidental. 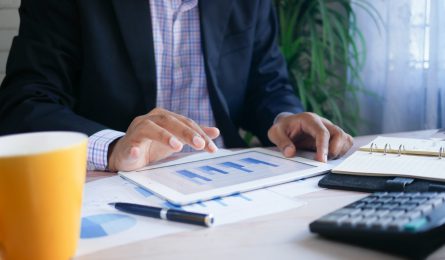