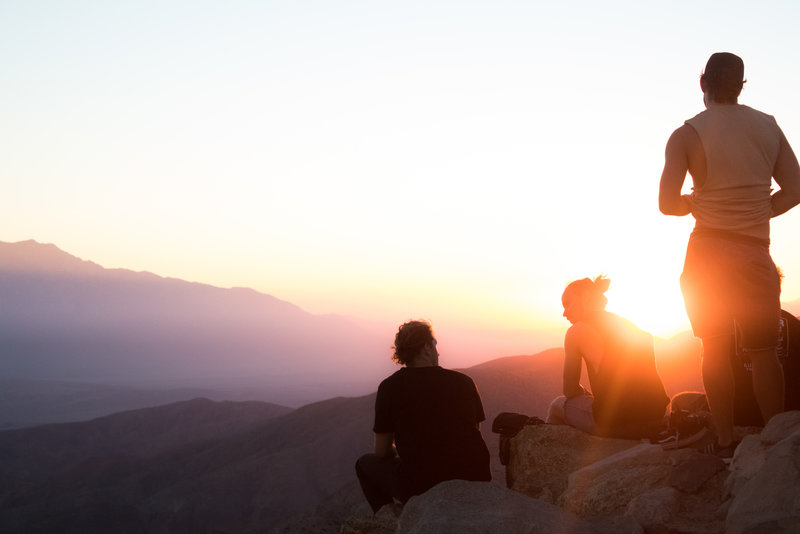 There’s a crisis looming as millennials’ retirement savings look set to fall far below targets. So, what can be done?

I recently held an interesting straw poll of a small group of workers. I asked them to say when they felt they’d retire. Several, came back with a blunt answer: ‘never’ – and they were all under 30.

Millennials face a worrying time bomb – too few of them are saving enough for their retirement. For those of us a generation or two further down the line, it’s tempting to put it all down to the fickleness of youth, but the reasons are very complicated – and are often our fault.

Theirs is the first generation to feel the full force of student debt. Today the average student on a three year course outside of London could expect to graduate with around £35,000 to £40,000 of student loans*1.

Paying that debt is tough. It hangs like a monkey on their back throughout their working life, perpetually taking bites out of their finances. Many students say they are waiting until they have paid off that debt before they begin saving for retirement. Unfortunately, with student fees climbing it’s taking longer to pay than ever before. Some believe they will never clear the debt.

House prices are set on a perpetually upward curve and, alarmingly, millennials are poorer than the generations which went before. According to the Institute of Fiscal Studies*2, people born and raised during the eighties are the first generation to have less wealth than those born a decade before. Today’s thirty somethings have half of the accumulated wealth of the generation before.

Given the multiple financial pressures millennials are under, many feel their chances of successfully saving for retirement hang somewhere between slim and none. At the very least they are constantly kicking the date at which they begin piling up their nest egg down the road.

They don’t trust them

Remember the financial crash of 2008? Remember the pensions crisis? Well, so do they. They’ve seen the value of their parents’ pensions plummet, and they are reluctant to trust the claims of pensions providers. Nobody is fully confident those funds will be there when they get old.

What they plan to do

The short answer is that they haven’t fully formulated a plan yet. A survey from the Financial Times said many were prioritising short term spending over the long term *3. Servicing student loans, other debt, day to day spending and attending friends’ weddings were all listed as preventing them from saving.

It’s not that they don’t want to save, it’s that they can’t. Most accept that they will have to delay their retirement age, with some believing the day will never come when they can quit work for good.

It doesn’t take a mathematical genius to see the flaws in both plans. At a time when people will be living longer and in a more financially uncertain period, having adequate savings in place has never been more important. A recent report from the Centre for Policy Studies found that the fund the government uses to pay the state pension is on track to run out 20 years earlier than expected *4. There’s no guarantee the state will be there to provide when the time comes.

Young people have two choices – start saving a large percentage of your income now, or be prepared to work for much longer in your old age.

The problem is, they will not necessarily be able to. As healthcare improves, more people are living with ongoing conditions for longer. This means a big increase in the number of older people suffering from dementia, living with physical disabilities and needing social care services.

There are signs that things are improving. Recent statistics suggest 56% of millennials are saving at least 5% of their income, a six percent rise on the year before. They are also starting to save from the age of 22 which is earlier than their parents. Awareness of pensions and the need to save is growing and young people are taking matters into their own hands.

Will it be enough? At current rates, no. Millennials are on track to miss their savings requirements by a wide margin which means, unless things change, future generations are set for an uncertain old age.

This is of course a situation which needs to change. The sooner you start to save, the less of a bite you’ll have to take out of your income in order to build enough of a pension pot to provide a comfortable retirement.

So, what can be done?

Steven Webb, the former Pensions Secretary believed pensions needed to be rebranded in a way which would encourage young people to think about pensions savings. Young people, he said, “don’t think they will get old” and associated the word pension with pensioners.

It might perhaps be a little naïve to suggest the only thing holding young people back is a delusion of immortality rather than more pressing financial issues of the present. Alternative solutions focus on restructuring pensions for young people and making them more accessible. Pension providers such as Aegon are offering apps and online tools to create more engagement.

Stephen McCabe MP suggested that tax relief on pensions should be targeted at young people *5 on low incomes. At the same conference Kate Smith of Aegon suggested combining student debt repayments with pension savings. Aegon’s calculations suggest a pensions contribution payment structure could double the rate at which student debt is paid off.

Meanwhile the auto-enrolment of employees into workplace pensions is increasing the number of young people who have a pension but many of these pay off only the smallest amount each month, leaving them well short of the required level of savings.

A solution – or a combination of solutions – will need to be found soon. Pensions must be changed in a way which addresses the flaws of the past and makes them more appropriate for young people. It won’t be easy but time is running out to take action.