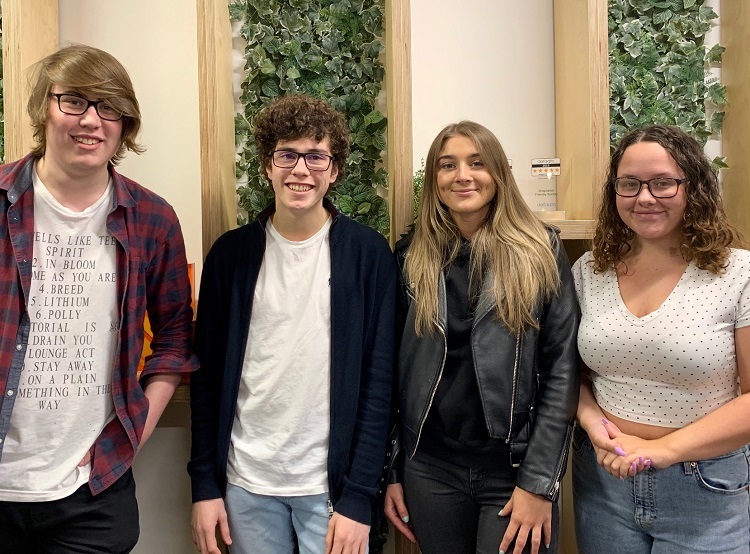 Our most recent apprenticeship recruits have been making their mark here at Shepherds Friendly. Several apprentices have joined us over the past few years, all of which are at different stages of their journey with us. Since they’ve been doing such a fantastic job, we want to share their success stories!

With many young people choosing apprenticeships to launch their career after finishing school or college, we opened up opportunities for young people to join Shepherds Friendly in a variety of remits including customer service, IT and finance.

“Our apprenticeship scheme has been a huge success; not only have our apprentices gained invaluable workplace and specific sector skills but some have already begun to progress with the society. Both past and current apprentices are doing some great work for the business.”

George Share, who joined our IT and Development department as an apprentice in 2017, has secured a permanent role with the society. He is now working as a Junior Software Developer. When asked about why he chose an apprenticeship, George explained:

“After conducting thorough research on the options available to me, I chose an IT and Development apprenticeship at Shepherds Friendly, instead of going to university. Opting for an apprenticeship allowed me to focus on my career by concentrating on what I am passionate about. I learned from skilled employees and I’ve been able to apply what I learn practically. I also quite liked the idea of being able to train and earn money at the same time!”

Another former apprentice who has become a permanent member of the Shepherds Friendly family is Tonei Podmore. Tonei started with us back in September 2014, as a Finance apprentice. After studying business studies at college, she wanted to gain valuable hands-on experience in the industry. So, she decided that an apprenticeship was the right path for her. After just 10 months, Tonei passed her apprenticeship with us and assumed a full-time role as Finance Assistant and has quickly progressed on to her current role, Finance Executive.

Our newer apprentices are also settling nicely into life at Shepherds Friendly. Hoping to follow in Tonei’s footsteps is Jamie Keeling, our current Finance apprentice, who joined us last year. He says:

“I picked Shepherds Friendly for my apprenticeship because I liked that they are so focused on their members. I also liked the sound of the role, as I felt it was one I could grow into as I developed my skills. The highlights so far have been meeting new people and seeing my confidence and communication skills improve every day.”

Last but certainly not least is Molly Daly, who joined us earlier this year. Despite the relatively short period of time that she’s been with us so far, Molly has already become a vital part of our Member Services team. She’s enjoyed learning something new every day, whether it’s knowledge of the society and our products, or a new skill that she can use throughout the rest of her career.

So, what advice would Molly give to other apprentices embarking on their journey into the world of work?

“The advice I would give is to make sure the apprenticeship role you choose will help you work towards your dream career and that you have options for progression, for example a permanent job or qualifications. Always ask questions and make the most of every opportunity to learn something new.”